When fully cooled, serve or store in an airtight container at room temperature. Enjoy! 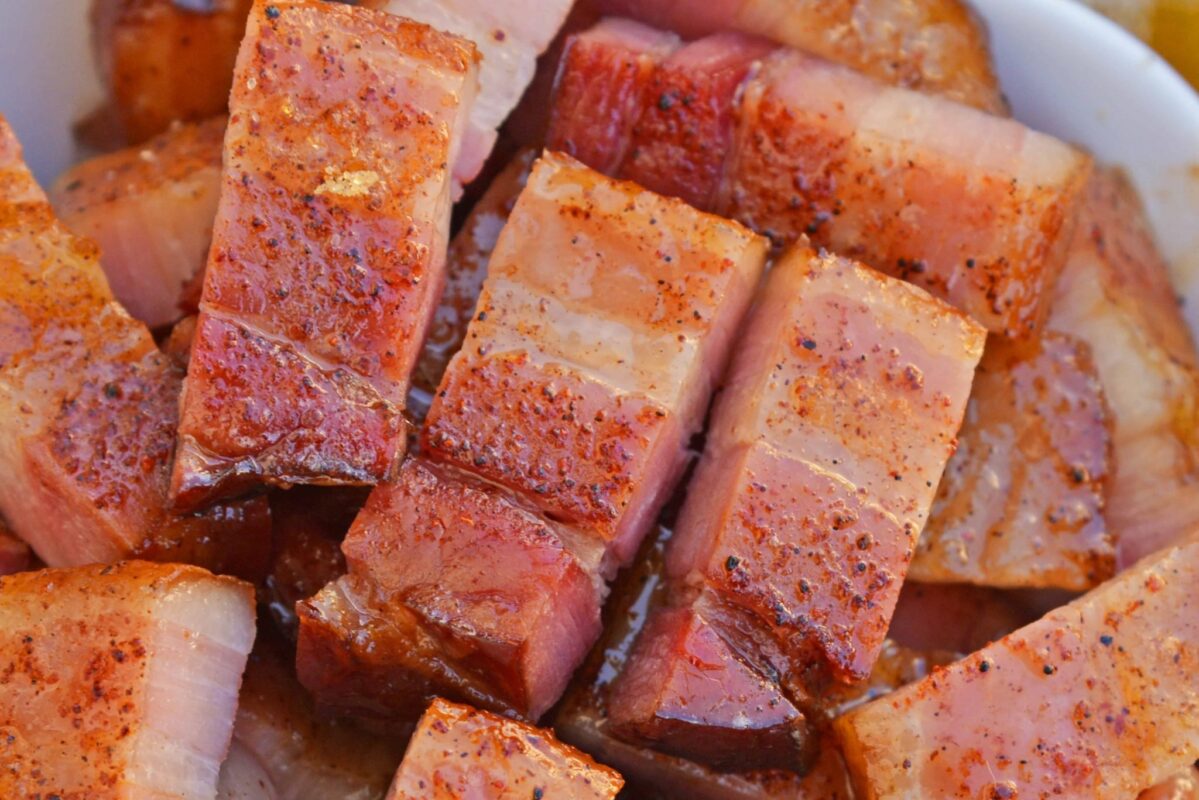 Candied Bacon can also be chopped and put into salads or served alongside BBQ Chicken or a nice steak. Any place you serve bacon; you can make it super special candied bacon!

The word bacon refers to the “back” of a pig.

The word bacon comes from the Germanic root “-bak,” and refers to the back of the pig that supplied the meat. Bakko became the French bacco, which the English then adopted around the 12th century, naming the dish bacoun.
Back then, the term referred to any pork product, but by the 14th century bacoun referred specifically to the cured meat. 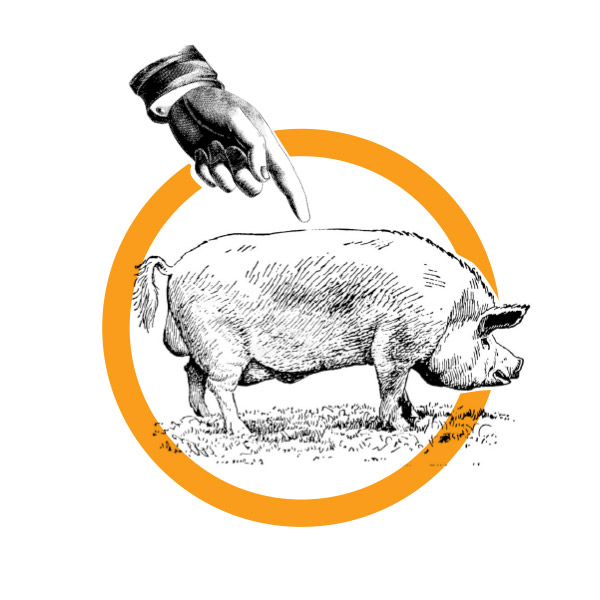 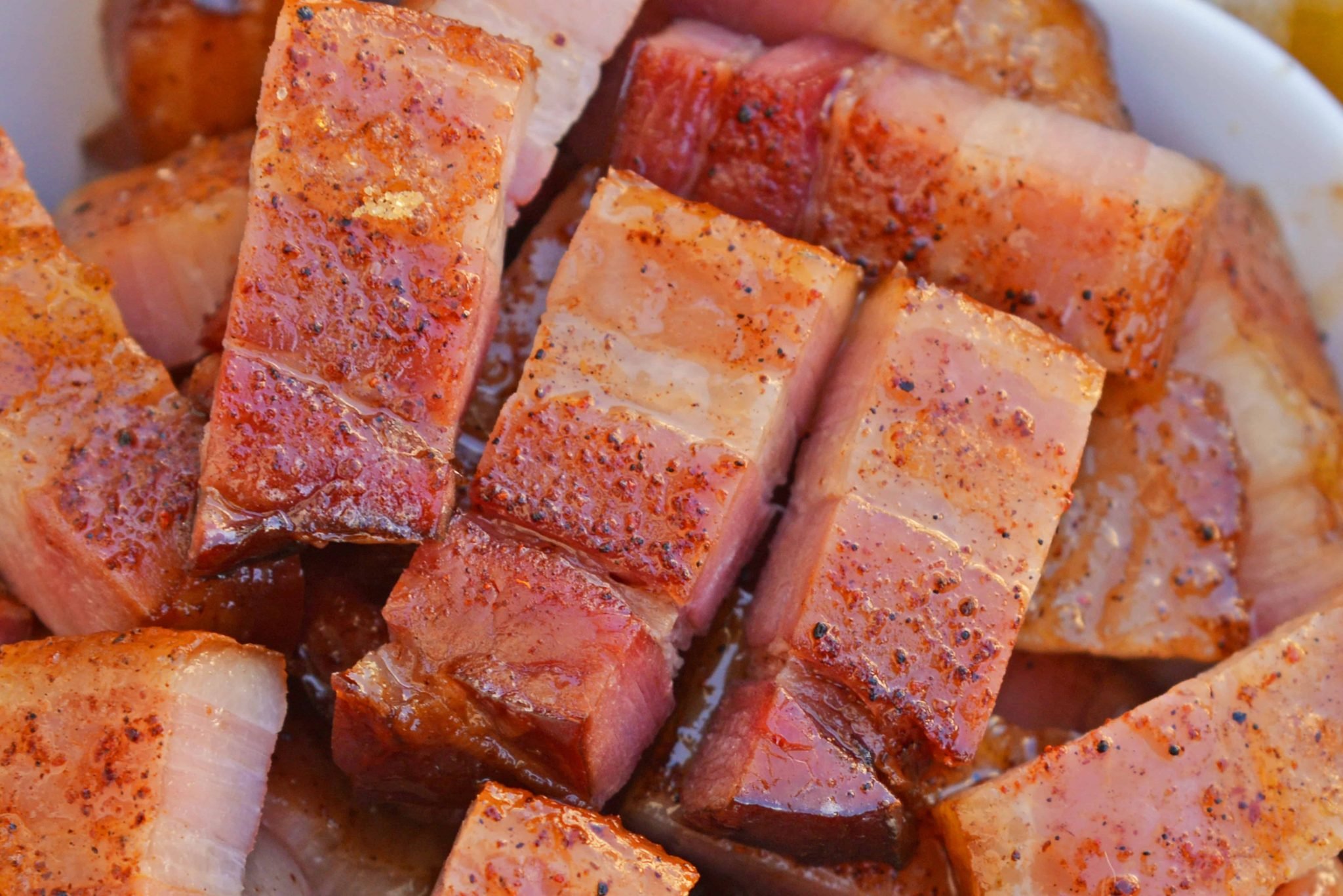 Candied Bacon can also be chopped and put into salads or served alongside BBQ Chicken or a nice steak... 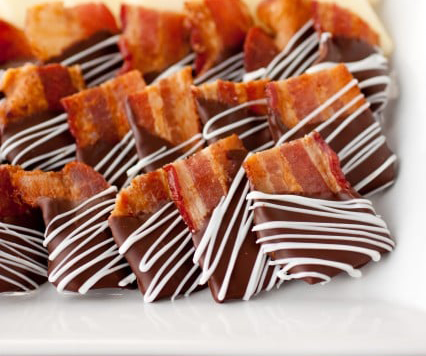 Chocolate Covered Bacon can also be decorated with shaved coconut, almond pieces, hazelnut pieces. The sky is the limit... 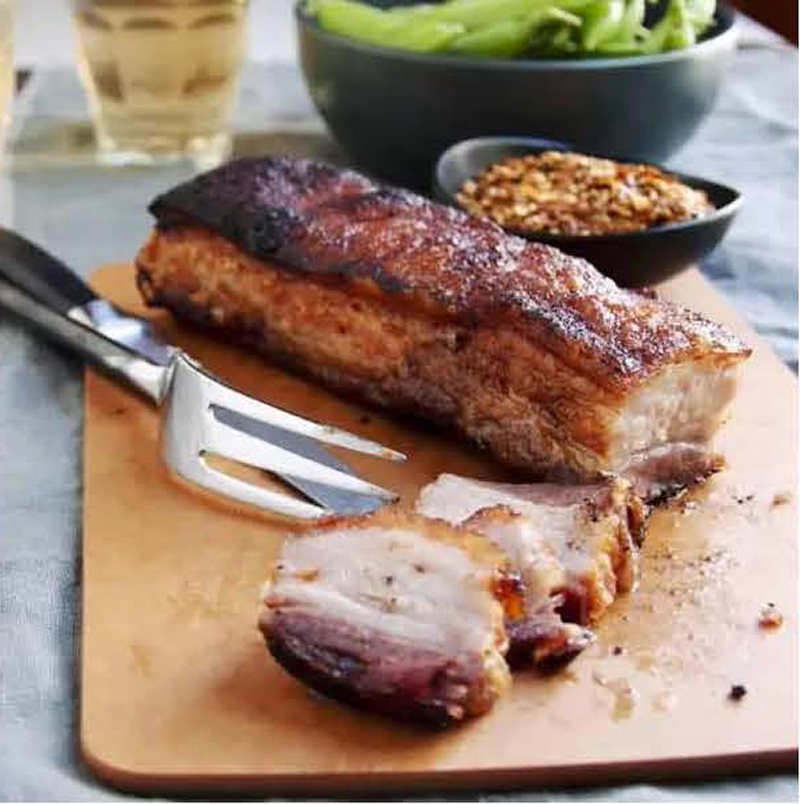 Oven roasted center cut belly is so versatile, it can be used for Chashu Pork, Pork Belly Ramen or Pork Belly Tacos... 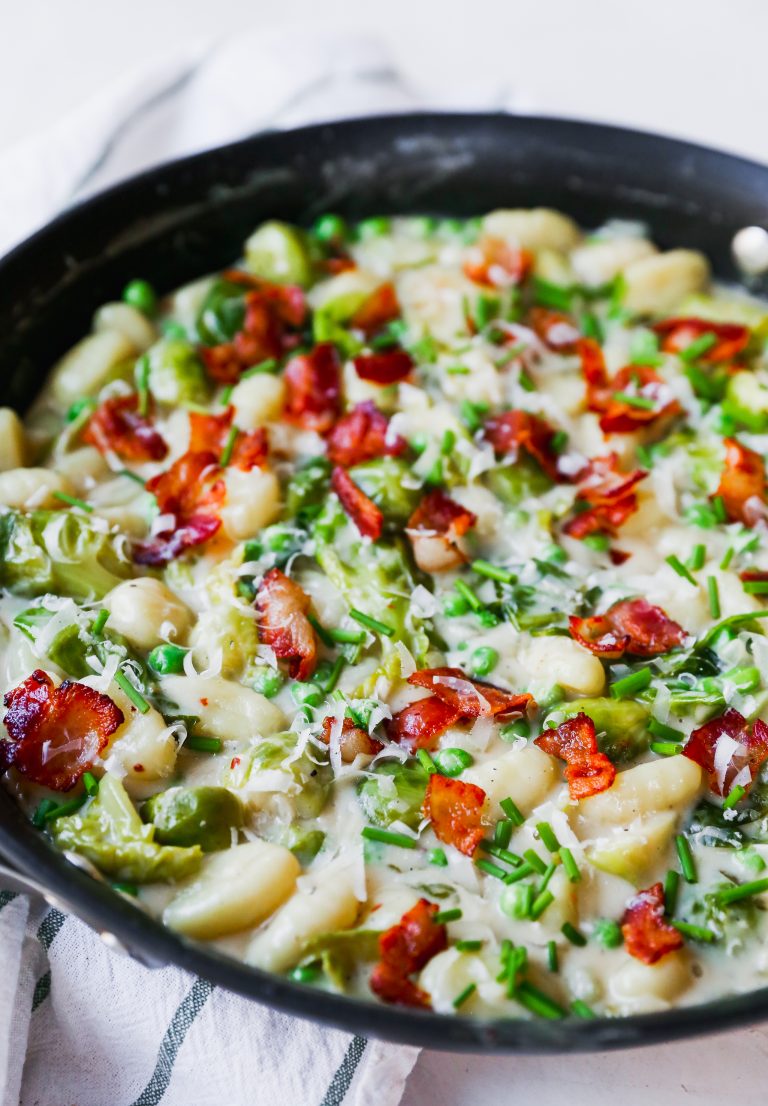 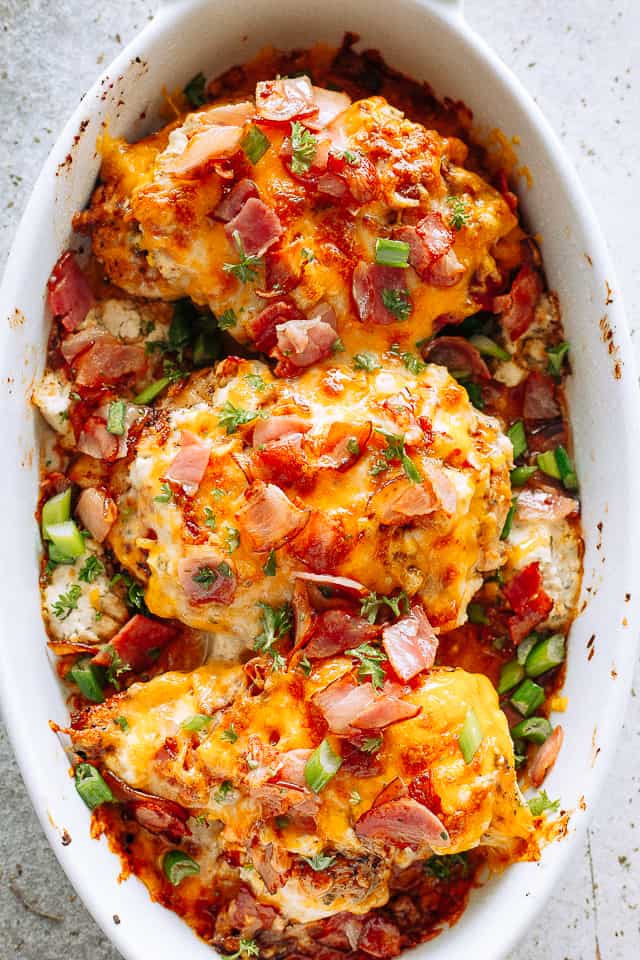 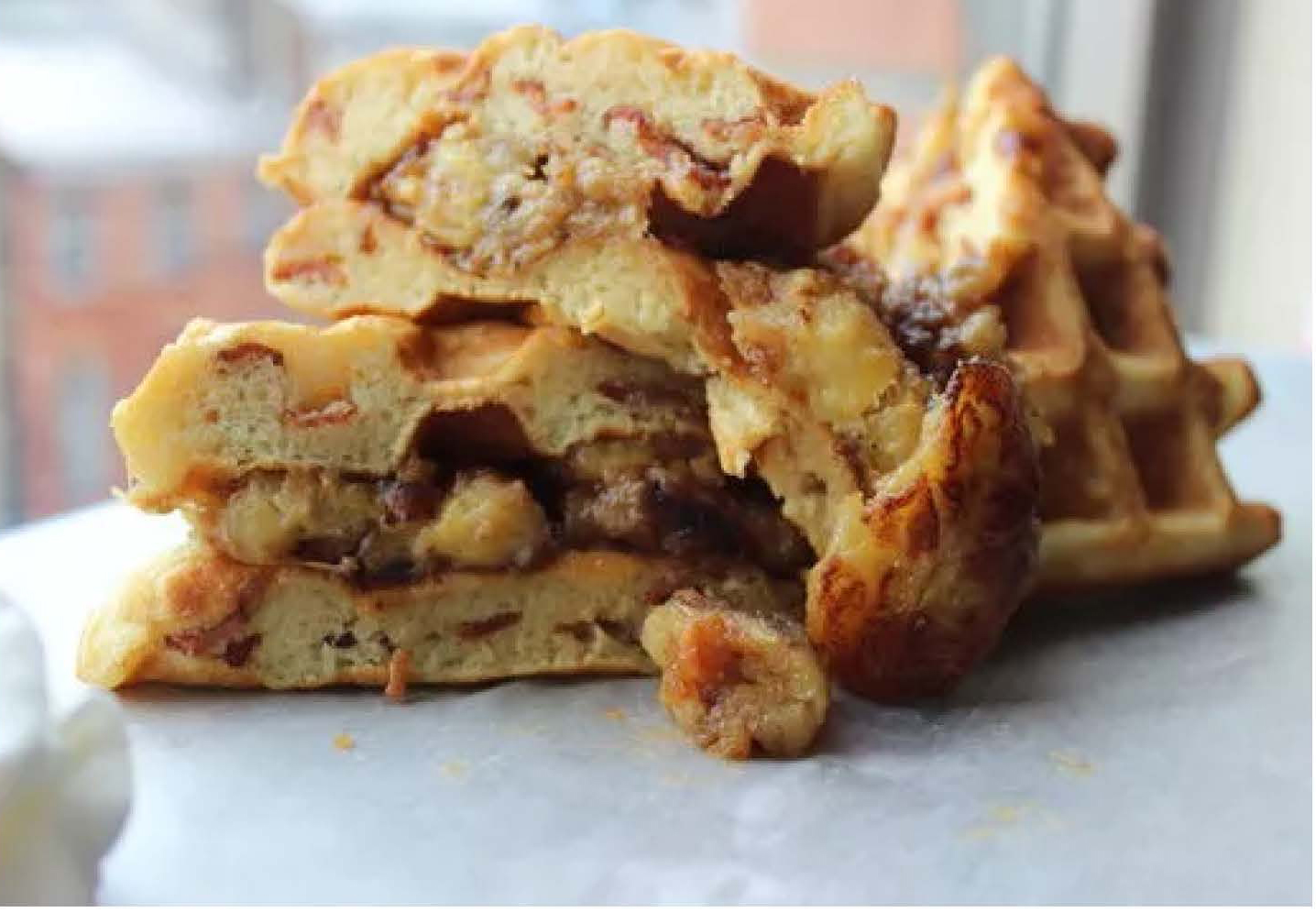 The bananas are seared in the leftover bacon fat and sprinkled with sugar, giving them a pork-infused caramelization...